There are many factors which affect wireless wave propagation, and the effect includes either affecting the distance till which a wave can reach or blocking it altogether. These factors should be taken into consideration so that deployment can be adjusted accordingly.

Law of Inertia states that an object tends to be in a state of motion unless it is stopped by a force but in case of waves, this does not hold true. Although a wave weakens as it spreads outward from its point of origin but that is more due to the distance and not due to any obstacles. Due to this affect, the devices at close range to the transmission point receive strong signal while those farther away get hardly any signal. 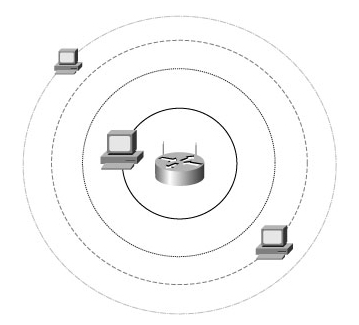 The distance that a wave can travel is directly proportional to its amplitude, hence an reduction in the amplitude causes reduction in the distance it can propagate. This factor which reduces amplitude of a wave is called absorption. When wave is absorbed, heat is created. For example microwave. Though the distance of the wave travel is reduced, there is no change in the wavelength or its frequency. Materials which have the capacity to absorb sound waves, have similar affect on waves carrying data too.

Another factor which affects the wireless wave propagation is known as reflection. As understood in common parlance, reflection occurs when a wave changes direction after striking an object and getting bounced in a different direction that the originally intended path. Reflection is a function of frequency as well as some frequencies are not affected as there are some objects which do not reflect certain frequencies. The surface should be smoother than the wave for the occurrence of reflection.

This phenomenon occurs when two version of a wave signal reach from a transmitter to the receiver with a phase difference. This difference occurs since one wave travels directly while other travels indirectly after reflection and hence the phase difference is induced in the same.

Signal going in different directions is termed as scattering. This can be caused by some objects such as water or dust particles in the air. Due to scattering the signal weakens.

An object having a different density changes or bends the direction of a wave form. This is known as refraction. For example- a wave form passing through a glass of water. Basically outdoor signals are affected by refraction.

There are certain obstacles in the path of an object while travelling towards its receiver. A signal travelling far distances widens near the midpoint and slims near the receiver. The fact that it appears to be a straight shot is called visual line of sight (LOS).