The antenna is the most basic and an important component of a wireless network. It is of importance for the simple reason that it is the antenna because of which a wireless network offers proper coverage and is not limited to 2 or 3 feet. What is required is the right kind of antenna for enjoying a good coverage. The article covers the basic concepts related to antennas.

The three types of polarization are illustrated below. 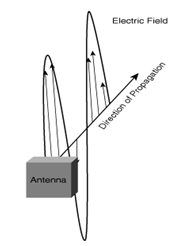 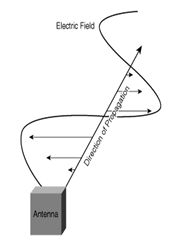 Charges current or stationery generate an electric field and due to the presence of this magnetic field, the same is referred to as electromagnetic field. The magnetic and the electric field exist perpendicular to each other and are generated at the same point of time however the generation of the magnetic field takes place by charges that are moving. It is important to understand the type of polarization for the reason that the placing of the antennas is determined by it.

Reflections result in the traffic taking different paths this is termed as the multipath issue. One of the ways that can be employed for dealing with these issues is to use multiple antennas on a single AP. This is termed as Diversity. Diversity increases the chances of receiving a better signal on any of the antenna.

The working principle is simple. Two antennas of the same types are to be placed a wavelength apart. It has to be ensured that both the antennas offer coverage to the same cells and are able to sample all signals that are coming. The moment the AP detects a frame, using an algorithm it determines the antenna that has a better signal. Once an antenna has been selected it is used for the entire frame.

Diversity is also used while determining the antenna to be chosen while transmitting to a client. The principle followed in this case is that the last antenna that was used for receiving a signal from a particular client will be used for transmitting back to the same client.