The following console can be used to raise the functional levels. 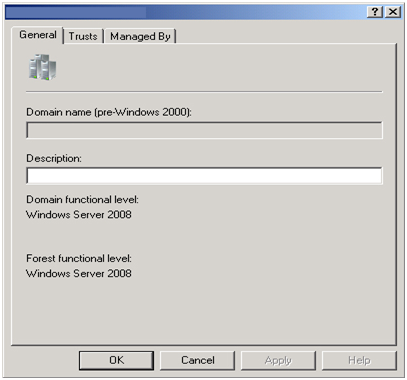 Once the domain and forest levels are assured, the next steps to be taken are described below as follows

First and foremost the Exchange Server 2003 has to be deployed using the "Setup/PrepareSchema" command but the following conditions need to be met before running it.

The next step is to execute the Setup/PrepareAD command. The name of the exchange organization needs to be specified if there is no existing organization. The results that are achieved on running this command are creation of Microsoft Exchange container if it is already not present.

If the organization already exists, the container would be existing too. It also verifies the schema that was subject to updation and prepares the local domain for the Exchange.

To run this command, any user with an account in the Enterprise Admins group would do and as in case of

A user account that is a member of the Enterprise Admins group can be used for running the command. Just as in the case of the previous command, even this should be carried out on a system that exists in the same domain and Active Directory as the computer that houses the Schema Master role.

Preparing Individual Domains for the Introduction of Exchange

This step involves using the Setup/PrepareDomain or Setup/PrepareAllDomains command depending on whether individual or multiple domains need to be set up.

The main difference between these two is that the latter prepares all domains within a forest with a single command.

Once this command is executed, it results in the configuration of permissions for Exchange Organization Administrators, Exchange Servers, Authenticated Users, and Exchange Mailbox Administrators groups while creating a domain global group.